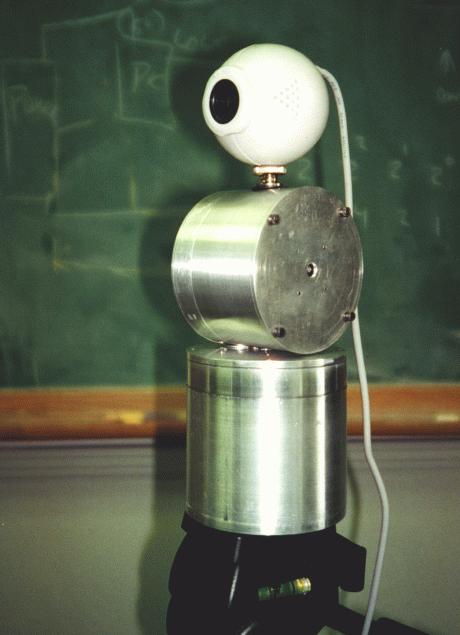 ROCI™ is a robot telecamera built by Taygeta Scientific for Patriot Scientific Corporation as a demonstration of the capabilities of their PSC 1000 microprocessor.

ROCI™ (Remotely Operated Camera Interface) consists of two RC-type servo motors built into a rugged aluminum housing. It is capable of 180 degrees range of motion on each of two axes. It is designed to carry a digital camera, such as the Connectix QuickCam 2 Color camera. The PSC-1000 controls both the pointing and image acquisition of the system, the software for both subsystems was written by Taygeta Scientific.

I have also written software to control ROCI™ directly through the parallel port on a PC running Real-Time Linux.
Here is a screenshot of the user interface.

Other views of ROCI™