ROCI™ the robot camera with Linux

Here is a screenshot of a Tk/Tcl user interface for the Real-Time Linux version of the ROCI camera pointing and image capture control program. 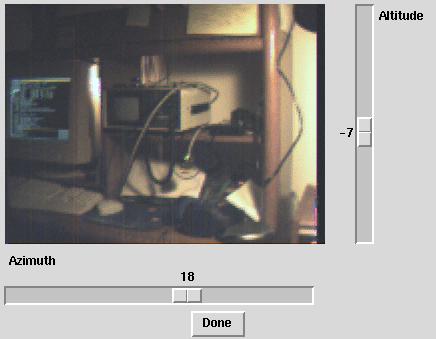 The software to controls ROCI™ directly through the parallel port on a PC running Real-Time Linux. The image capture code can run on any version of Linux. The pointing control portion of the system is the only part that requires real-time since it must generate the PWM (pulse-width-modulation) signals to control the pointing direction of the two servomotors.